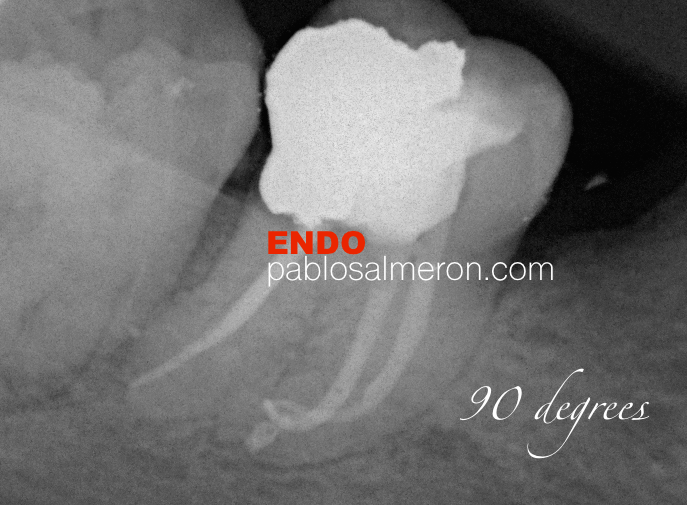 A second palatal canal or a centred MB2?

Successful root canal therapy requires an excellent knowledge of both the external and internal anatomy of root and its canal morphology. Extra roots or root canals, if not detected, are a major reason for endodontic failure. Maxillary molars show considerable anatomic variation and abnormalities with respect to the number of roots and root canals. Traditionally, the maxillary second molar has been described to have 3 roots with 3 or 4 root canals, with the fourth canal commonly being found in the mesiobuccal root (MB2). Several authors have reported of maxillary second molars presenting with 4 roots with the accessory root being the second palatal.

In this case, an upper second molar, I found a 4th canal in an unsual location. 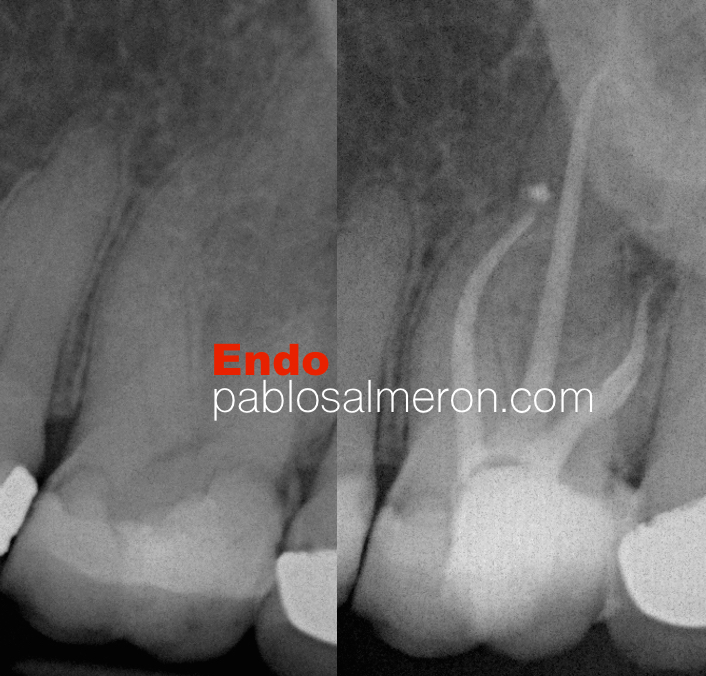